This article was originally published in the April 2021 edition of the 5 papers…in 5 minutes. 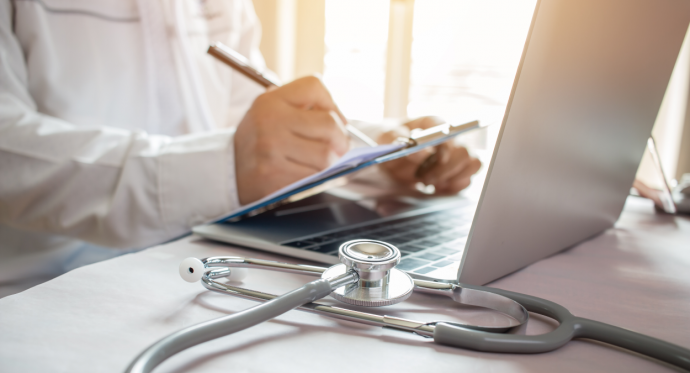 Public debate on health care provision often focuses on the capacities of the health system: the number physicians and other care personnel, the number of hospitals and hospital beds, etc. However, for a given level of resources, the supply of health care can vary considerably, depending on how the personnel are paid.

In most industrialised countries, physicians are paid either according to the number of hours (or days) they work, or the number of procedures they perform. These two remuneration systems emphasize different dimensions of health-care supply. While remuneration for time worked encourages time spent with patients, fee-for-service pay encourages greater volumes of care, which may reduce the amount of time spent on each procedure (1). Spending less time with patients may, in turn, affect the quality of health care. Of course, the volume of care as well as its quality are both key aims of public policy on health. However, due to a lack of sufficiently rich data, there are few studies that allow us to measure simultaneously the effects of different physician compensation systems on the volume of care and the time spent with each patient.

In 1999, the provincial government of Quebec introduced a new way of paying specialist physicians: mixed remuneration. This compensation system combined a daily fee with a discounted fee-for-service. It was designed to strike a better balance between the quality of care and the volume of medical services performed. One of the central elements of this reform was that physicians could choose to be paid under the new payment system or to stay with the traditional fee-for-service system. The voluntary nature of the reform means that doctors could choose the payment system according to their preferred type of practice. Evaluation of the effects of this reform on the practice patterns of specialists (2) confirm that the different aspects of care provision respond strongly to the incentives inherent in their compensation system. The physicians who decided to adopt the mixed remuneration system increased the time they spent performing each medical service by 3.8%. This increase in time spent on each procedure came at the cost of a decrease in the number of services performed by 6.2%.

These findings make it possible to measure the effects of the Quebec reform on the physicians who adopted it, but they provide little useful information to inform health care policy in other contexts, or on the basis of other changes to the fee-for-service and daily-fee models. To go further in terms of public policy recommendations, a recent study by Bernard Fortin, Nicolas Jacquemet and Bruce Shearer uses data from the Quebec reform to measure the determining factors in physicians’ decisions. Their estimates allow not only a more detailed assessment of the reform but also a prediction of the effects of alternative, previously unobserved, reforms on physician behaviour and health-care costs. The results show that it would be possible to obtain a similar change in physicians’ practice behaviour for a lower cost, by choosing a lower daily pay rate. This alternative reform would improve the care given to patients without reducing the welfare of doctors (relative to the traditional FFS system). This is possible because the initial reform generated significant increases in physician income while allowing physicians to select a practice consistent with their preferences, in effect generating large rents. Reducing daily income payments reduces those rents while still allowing the benefits of choice.

Published in: Journal of Applied Econometrics